Cont Mhlanga: An enigma and legend in his lifetime 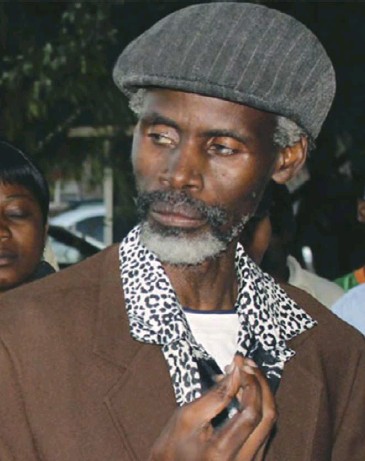 The late Cont Mdladla Mhlanga or “Malume”, as we used to call him, meant different things to different people. To some, he was a mentor, leader and father, while to others he was a pain in the neck. That was Cont, eccentric, controversial, yet humble. he was both an enigma and a legend in his lifetime. I first met Cont in the late 1980s, then running karate dojo cum art school at the historic Stanley hall in Makokoba, Bulawayo. he was tough as nails and a very strict disciplinarian. his aim was to keep the township’s youth from mischief. That’s where the roots of Amakhosi Theatre were, with him incorporating theatre and performing arts to keep his protégés interested. he had also published his first Ndebele novel, Nansi Lendoda. When Amakhosi Theatre moved to its Falls Road premises, Cont was already churning out controversial and awardwinning plays that drove scores of theatre lovers to the iconic venue. he also took his productions country wide, sometimes the wrath of the authorities resulting in some of them being banned. Most of his plays were thinly veiled attacks on the status quo. At that point, I was a freelance television presenter at the ZBC’s Montrose Studios. My producer, Tula Dlamini, proposed a TV talent show that would push Amakhosi called Showcase. I remember some meetings we held with Cont that went into the wee hours. Its the passion for the arts that he exuded that got me intrigued by the man. he would absorb ideas and transform them into reality effortlessly. Showcase was to be the first television show to feature Amakhosi Theatre, and we made history broadcasting the series live from Amakhosi. I was presenter along with the likes of Kevin Ncube and ezra ‘Tshisa’ Sibanda and the show inspired many budding artists across the country to take up the theatre arts. The level of organisation and the commitment shown by the Amakhosi team carried the series for quite some time. Cont later funded a television documentary about the first Pan-African Congress on African soil in Kampala, Uganda. Produced by Tula Dlamini and myself, the documentary entitled Journey to Kampala, never saw the light of day. This was because of Cont’s controversial dance with politics when he and his colleagues formed Zapu 2000. At that point, many thought that his dance with politics would lead to the demise of Amakhosi, but this was not to be. he carried on despite facing immense difficulties and constant harassment. however, he got two television productions, the hugely popular Sinjalo and Amakorokoza on air, and this broke the age-old hoodoo associated with Ndebele productions on TV. As unpredictable as he was, he later shocked everyone by standing as a councillor and winning Lupane District Council’s Ward 15 seat as an independent. he said at the time that his aim was to get people in his home area to hold government to account, a feat we knew him for, a thorn in the flesh, to the authorities. he showed his commitment by moving lock stock and barrel to rural Lupane, to rear goats. When asked how his new vocation fitted into the arts, he said at the time that being an artist, as well as a politician, would enable him to produce ‘real drama’ that would probe the nation’s conscience. Cont’s dream of having a television, and radio station at Amakhosi ran into many hurdles. I remember being part of a team that brainstormed on the modalities. however, when the country had only one television station, and there was no hope on the horizon, the gods finally smiled on him with the establishment of Fairtalk Communications’ SkyzMetro FM, Breeze FM and the recently licenced Keyona TV. he came out of self-imposed retirement to work on these pet projects as passionately as he was when he got down to it. One might say that this was consolation for the struggles he endured trying to get local content onto mainstream media. Controversy always dogged Cont. It was because he didn’t mince his words and often spoke his mind. he was misunderstood by some, yet that belied his calm nature and humility. We spent many hours listening to his seemingly outrageous plans. Plans that have unravelled into the institution we all know and admire. he was surely a man ahead of his time, and we will certainly miss his towering influence in the arts. Rest in peace “Malume”.