Accumulation to the extent that by the time of retirement, benefits would be insignificant. We chipped in as a regulator and issued an expense framework to curtail those expenses. By doing so, it’s meant to ensure that the assets this on the funds and som 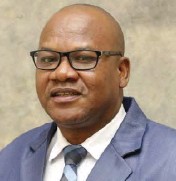 THE Insurance and Pensions Commission (Ipec) said it is seized with a number of issues affecting the sector.The pension and insurance regulator is calling for cooperation from the industry. Some of these issues include compliance to regulatory framework, ensuring payment of benefits in foreign currency where contributions or income is received in forex and ringfencing of pensioners’ value among other issues. Our business reporter Melody Chikono (MC) spoke to Ipec director of pensions, Cuthbert Munjoma (CM, pictured) on the sidelines of the Zimbabwe Association of Pension Funds (ZAPF) 47th annual conference last week.Munjoma said the optimal goal was to protect the interests of pensioners. excerpts of the interview; Below are MC: You indicated that the regulator is seized with security of assets in the industry. Can you shed more light on this? CM: if you are contributing to a pension scheme, it’s the same as having a bank account; your savings should be protected and have to be ring-fenced. The expectation is that you grow your savings, less the cost of looking after them, which are the financial statements, the administrators’ fee and investment managers and so on. There are professionals that will be offering services to the pension’s scheme members. at the end of the day the law requires that those assets be protected. That’s section 16 of the pensions act as read with section 29. MC: What is the current status in terms of security of assets from the fund side? CM: From the fund side the assets are there but we have observed some mischief especially on expenses. These were eating into members’ are ring-fenced. From an investment performance viewpoint we are enhancing monitoring but we are also educating the trustees. You heard from the trustees, they make decisions to do with investments. The decisions should be prudent enough to protect members. essentially, we are enhancing governance, improving issues to do with investments, ownership of assets, disclosure among other things. MC: You also mentioned that the regulation was seized with compliance issues. What are the matters and what solutions are you proffering? CM: Basically its compliance with the legal framework and compliance with the regulatory framework. i gave examples to do with asset separation which we have just discussed. They are supposed to be issuing benefit statements and members should know what is happening in terms of agms and general disclosure. essentially we are working on issues to do with disclosure, transparency, accountability, investment practices which have to conform with the requirements and expectations of the regulator. reporting requirements, the actuarial valuation reports, all those will have to comply with the standards that have been set up by ipeC. MC: We understand there has been mischief in line with disclosure. What could be the cost of that mischief to final benefits paid out to pensioners? CM: if there is no adequate disclosure there is no transparency. it is communication which should be bi-directional between members and the trust. MC: When you spoke about forex payments you touched on the backlog. How big is this backlog? We have been seized with this issue for some time; however engagements with the central bank and the ministry of Finance have not been fruitful to date. ordinarily if you don’t have exchange rate arbitrage opportunities in the economy, you can buy foreign currency in the bank. Before we had challenges with cash shortages and parallel market exchange rate, someone who has worked, for example, in a Zimbabwean mine but is from malawi, on retirement he can go back to his home country but is entitled to a pension here in Zimbabwe. This calls for the pension to be remitted to his home country. unfortunately this has not been happening post-2016 because of foreign currency shortages. now you can’t go on the auction system and buy for purposes of meeting that foreign obligation of a non-resident pensioner. The backlog is quite significant. When we did an inspection it was about over 3 000 pensioners who were owed us$1,5 million. MC: so what is the impact of sector? Cm: it dents the confidence in the sector. pension funds are set up to pay obligations. The same treatment a local pensioner is getting should also apply to a non-resident pensioner as they would have contributed to the development of the economy. MC: You have liquidated a number of pension’s funds. What were the reasons? CM: around 1996, the size of the pension funds was big in Zimbabwe. at its peak, there were 3 200 pension funds. With the economic challenges there has been a decline in the number of funds. right now we have 976 registered pension funds; 35% of those are active. By inactive we mean there are no contributions that are coming. The employer is possibly defunct so they would apply for what we call paid up status. But these are very small would have 10-15 members looking after savings is high. You will need actuarial valuation, financial reports, audits and this has been eating into the assets. instead of preserving value for those people until they get restored, there is a loss of value. to protect them we are saying it doesn’t deserve to be a stand-alone pension fund but they have to consolidate. The member has an option to cash out benefits or you take savings and go to another pension fund; 35% sounds like a big number but the share of total assets of the industry right now is less than 2%. so we want to protect members by dissolving. The member will have to make a decision of either receiving now or preserving through some bigger funds which have economies of scale.